April Fool's Open To Be Played on April 2nd! 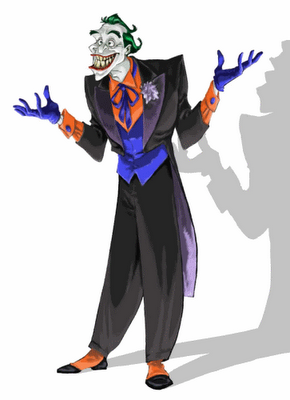 Details of our April tourney have been published in "Chess Life". 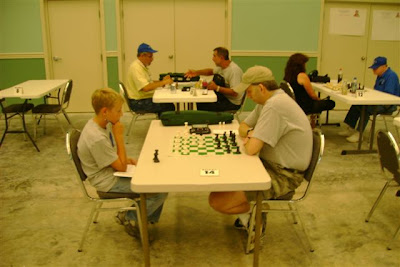 And the good news just keeps coming; Josh Jordan stopped by, joined the Club and paid his entry fee to the upcoming April Fools Tournament. Josh is on active duty at Ft. Knox and although a member of USCF is unrated. Josh has played on line and is looking forward to playing his first "over the board" tournament. Welcome aboard Josh!

There were two ladder games tonight. Joe defeated Kerry and moved up one rung on the ladder. Jerry overcame James which resulted in no change in the ladder. Both games were rated.

Emdee and Rudy played a non-ladder game and Rudy split two 10 minute games with Jerry. Josh couldn't stick around to play but promises to have more time next meeting.
at 10:41 PM 4 comments 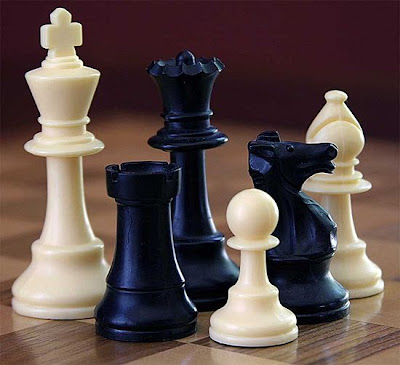 Tonight's meeting was like a street fight with 7 ladder games played as the challenges came fast and furious. 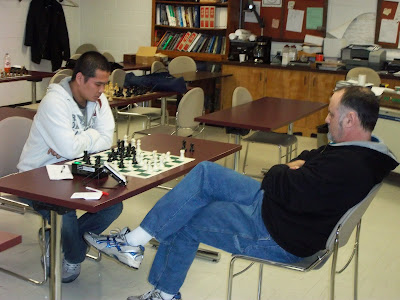 Joe appears to have everything under control in his game with Gelvvic!

The monthly swiss as well as rated ladder games have been posted here.
at 12:39 AM 5 comments

Only One Ladder Game Tonight at the Club!


There was only one ladder game played tonight and it was a rated game.
Johnny played his London System and Kerry played his favorite response
to 1.d4 --The Dutch Defence! Johnny won and moved to #2 on the ladder.

The other memebers that were present tonight played some unrated games.
Rudy McKinney was busy playing Dave Brock and Ernie Weaver won an
interesting game vs. James Whiddon.

Remember, next Tuesday is Tournament Night!

Ernie, you need to post one of the games you played with James!!
at 10:12 PM 4 comments