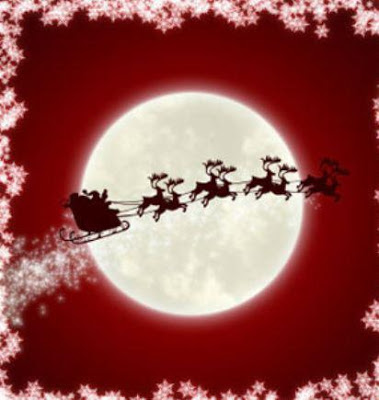 It's been a big year for Elizabethtown Chess! We've played 2 matches with the Chess Club of Southern Indiana. We hosted the "King of Kings" tournament for KCA and we've held several Saturday tournaments in E-town!

I want to thank Jerry for directing tournaments throughout the year and hope someone else will step-up to help in 2013!

I want to take this time to wish all the Elizabethtown Chess Club members and friends a very Merry Christmas and a wonderful New Year! Let's hope we can build on our successes in 2012 during 2013! 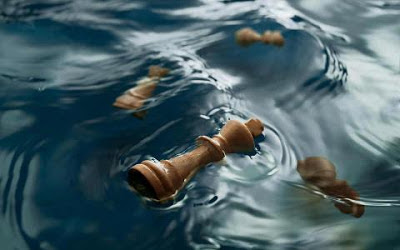 John M. Marcisk beat Chris Bush in the last round of The E-Town Christmas Open to win 1st place. Joe Farrell and Mike Thomas tied for 2nd with 2.5-1.5. Also with 2.5 was Larry Bell who took home the Under 1900 prize and Kerry Fatula took home the Under 1700 prize with 2 points.

In the Reserve section Romallis St Cyr won with a perfect score of 3-0!

The completed crosstable can be found here:
at 8:25 PM 2 comments 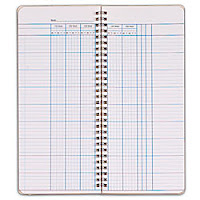 For the record the meeting of 18 December was attended by Joe Farrell, Johnny Owens, and Kerry Fatula. They decided the 2012 Club Championship matches would be played @G/45;d5 - 1 game per setting, top seed having White in the first game.

Additionally it was decided that the 2013 Club Championship will consist of:
The top 4 rated Club members per the 2013 December Rating Supplement; to be joined by the top two finishers in the monthly tournaments (Jan-Dec 2013) who are not already seeded by rating.

In closing a reminder that due to Christmas and New Years falling on Tuesdays this go round; our next meeting will be 8 January at ECTC for the first "Second Tuesday" rating tournament of 2013.

To keep from suffering "Chess Withdrawal" sign up for Johnny's "Christmas Open" 22 December! Johnny already has at least 3 Experts, 2 Class A players and several others Class B and below preregistered.
at 2:58 PM 0 comments 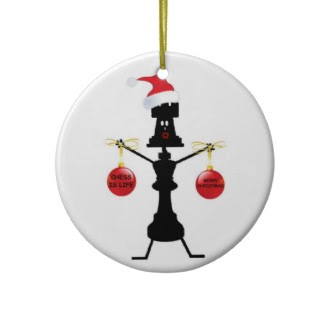 This Saturday we will be having the Christmas Open! Look at the Tournament link on this blogsite for details! Let me know NLT Thursday by phone or email in order to get registered early and save $5.00. Look forward to seeing you!
at 11:25 AM 0 comments

The Club Championship is Set

by Joe F
Amy Nunn outdistances the field and is the Club's Reserve Champion for 2012. The four finalists in the Club Championship are . . . Current champion Jerry Weldin who scored an impressive 24 points. Three time champion Johnny Owens is second with 17.5 points. Two time winner Joe Farrell cruised into third with 13 points. Prior second place finisher, Ernie Weaver scored 10 points. One match will pit Jerry Weldin against Ernie Weaver, while Johnny Owens will square off against Joe Farrell. The winners will then face each other for the Club Championship and a position in King of Kings Tourney. The winner must score at least 2 points (i.e. 2 wins or 1 win and 2 draws) and also lead after an even number of games. I am not certain of the time control, it was either G45 or G60.
at 6:38 PM 1 comments

by Jerry
Coming to Club Meetings is like watching the Lotto; you never know what number will show up. 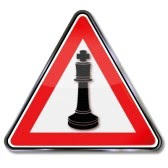 Last night was another "Quad" click here to see who played.
at 1:31 AM 0 comments

by Joe F
Before the start of the 2011 Club Championship we held our monthly business meeting.

1. the tie breaks for the 2011 Club Championship will be
First: Colors - who had black more often
Second: Opponents score
Third: Head to Head Match

2. The 2012 Club Championship will use the score from all 12 monthly tourneys. Then the top 4 players will be compete in match play (1 vs 4; 2 vs 3; winners head to head). These matches will be in the 1st quarter of 2013 and will comply with the KCA requirements for the King of Kings Tourney.

3. There will be a Reserve Champion. This will be set by dividing the membership in half based on the January Rating Supplement. The Reserve Champion will be determined by the total score in the 12 monthly tourneys.

With that the games began for the Club Championship.

This post is being moved out of it's chronological order due to many questions received from the Club membership.

See reminder next under for the final qualifying information. .....Jerry
at 2:00 PM 2 comments