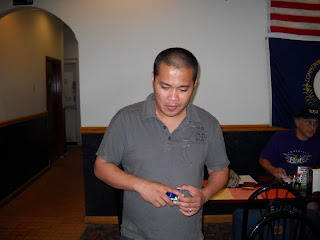 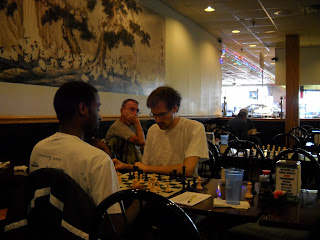 There are only 5 "Second Tuesday Tournaments" left this year. Just a reminder that Johnny added the requirement to play in at least 5 tournaments to qualify for the 2013 Club Championship. So far only Amy, Sal, and Johnny have met that requirement. 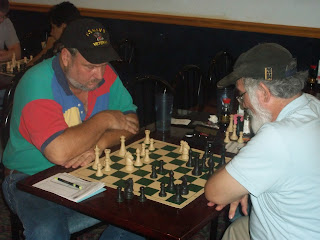 Mike Anders (left) plays Louis DeFiore at the "School's Out Classic" in May 2012!

One Master and four Experts play in the 1st Annual Mike Anders Memorial Open in Elizabethtown!
Twenty-two players played in the tournament to honor Mike Anders!

Master Davis Whaley of Lexington, KY won the tournament with a score of 4-0! Michael Thomas and Stephen Dillard both scored 3-1 to share 2nd place. The Class B prize went to Jennifer Ishee, Louis DeFiore and Samuel Hunt who all scored 2.5-1-5! Dan Franklin and Michael Williams shared the Class C prize. The Class D and Under prize was spilt by Stuart Kernohan and Jacob Williams.

Jerry Weldin donated a leather chess wallet for the biggest upst prize which was won by Samuel Hunt for his victory over Expert Chris Bush! Way to go Sam!

The crosstable can be viewed here:
at 1:34 PM 2 comments 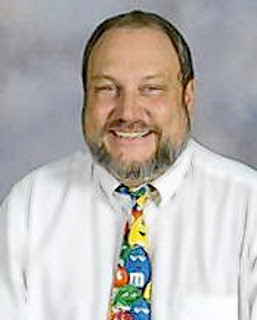 The Mike Anders Memorial Chess Tournament will be held at the Family Buffet this Saturday, July 27th, 2013!

The tournament flyer can be viewed here:

Rudy Wins The "July Monthly Swiss" With A Score Of 3-0! 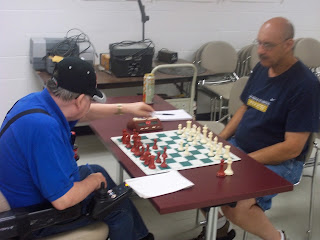 Only 3 members showed up and Rudy McKinney won the club's July Monthly Swiss!
Johnny went pawn grabbing and overlooked a mate in one vs. Rudy in their Round 2 game!

The crosstable can be viewed here!
at 3:08 PM 0 comments