by Bob Lenning
OK, you've reached that point. You know how to play, you've been studying your tactics and made great improvements in your performance, and you've settled in on an opening repertoire that you feel comfortable with. You're ready to start with some opening studies beyond just the general principles. So what do you do now?

To improve your opening play, you'll need to learn the tabiyas for your chosen route to a playable middlegame. What is a tabiya? Well, it's a word that you won't find in most dictionaries, not even the really big ones. It is said to be of Arabic origin and is used by chess players to mean a standard position in an opening which is usually reached by a normal sequence of moves (or sometimes more than one sequence) but after which the opponent usually has multiple options to choose from. For example, take a look at this position from the Ruy Lopez. 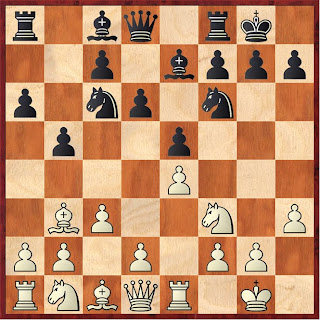 This is a tabiya in the Closed Ruy Lopez. It has been reached in thousands of grandmaster games and can be reached by a well known and somewhat forcing move order (actually, more than one, but most commonly 1. e4 e5 2. Nf3 Nc6 3. Bb5 a6 4. Ba4 Nf6 5. O-O Be7 6. Re1 b5 7. Bb3 d6 8. c3 O-O 9. h3 ). But at this point Black has multiple options from which to choose. He can enter the Chigorin Variation with 9...Na5, the Breyer Defense with 9...Nb8, the Zaitsev Variation with 9...Bb7, the Smyslov Variation with 9...h6, or even other variations without common names such as 9...Nd7. So this position squarely fits our definition of a tabiya.

Any opening line such as the one shown here may have more than one tabiya. For example, earlier in the same line this position is reached: 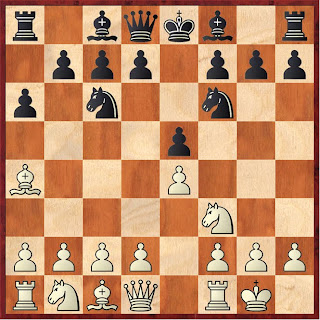 From here, Black may play 5...Be7 as in the previous example and leading to the Closed Variation. But he might also choose 5...Nxe4 and the Open Variation or even 5...b5 and the Arkangelsk Variation. So from the White point of view, this is also a tabiya.

So, what's the point? Well, one point is that it's easier to learn very theoretical openings by reviewing the tabiyas first, and then seeing the moves that connect them and studying the plans that fit them. This approach also makes it much easier for a player to recognize potential transpositions from one line or opening to another. And this also makes it a bit easier to not only recognize an out of book move, but to compare a new position to a visualization of the tabiya in order to realize the strengths or weaknesses of an alternative move.

But how do you remember the moves leading to a tabiya once you know it? This requires rote memorization or repetitive training for most people, and a good tool to use is the openings trainer feature of Fritz. Beginning with Fritz 8, a feature has been built in to help you learn the moves to reach a tabiya that you are studying called the Openings Trainer. You'll find it on the tools menu. Clicking on it will bring up this dialogue: 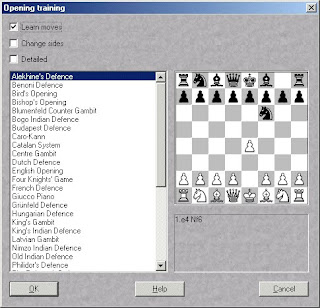 Most of the standard openings are listed on the left. The board shows the standard position from the opening, and below are the moves usually played to reach the position. By clicking to check the Detailed checkbox, you'll see a longer list including variations of these standard openings. Choosing one and then clicking the OK button will put you back on a board window with Fritz responding to your moves. If you make a move that is wrong for the opening line,  you'll get an error tone or a message from the coach, depending on how your options are set. Ten times through the line correctly and you'll probably be well on the way to having a lot more theory committed to memory than you did before you started. Of course, all of this is only to give you a baseline to work from. Knowing these moves by heart will be of little use to you until you have also studied and understand the rationale for the moves and the consequences of deviating from them.

Got your own little pet line and you don't see a tabiya for it on the list? No problem. You can add your own opening variations to the database used. You can even replace Fritz' training database completely and substitute a custom one of your own. For straight forward instructions on using this feature see the seminal article by Steve Lopez.

What is the best way to continue your study of the openings after using these techniques? Most coaches will probably tell you 'one move at a time' by making a study of every game that you play. But that's fodder for another article.
at 1:44 PM

Update to the article by Steve Lopez: now you can keep multiple openings training databases by using Options (found on the Tools menu) to select the database to use for training. You can select your own database this way, instead of having to alter or replace the original one.

"He can enter the Chigorin Variation with 9...a5"

If you're going to write an article on tabiyas, you'd best understand the tabiya you are presenting.

The most potent herbal medicine to cure all illness complaints :)